It’s time to do yours!

Disclaimer: If you are one of the faithful who have already contributed, ignore this message — unless you have a friend who needs to ante up! 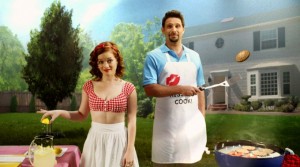 It all starts with culture, with story.

If you don’t like what is going on around you, blame it on art. We are what we mythologize. We might even be what we leave running on the television.

Help us Create Something Better!

I just took a network at random.  ABC. I watched the first show I saw listed — a piece called “Suburgatory.”  As a title, “Everlasting Torment” would have been funnier, but not by much, because comparing the suburbs to hell has been done more or less continually since about 1952.  (That vein is just about tapped out, boys.)   I couldn’t take more than about seven minutes of the actual show.  In addition to the horribly clever, but never funny writing, (“that donut will sit in your colon for years!”) the show features half-wit parents and sullen teens who know better.  They just do.

Have you been served by one of these teens lately?   Have you seen a mom, recently, apologizing for being a mom?  A dad apologizing for offering counsel, guidance?   You are seeing that because that’s what our indolent, culture-starved entertainment class produces: boring, uninspired adolescent brats and parents who apologize for wanting them to grow up.

Are you going to do something about it?

It’s a serious question.  Courage continues because intelligent people care enough to fund the show.  They trust us enough to buy it before we release it.    We need that support now.

We particularly need those of you have the means to help in a big way.   You know who you are, and because you have been blessed with the means to help, lots of people ask you for a lot.  We know. There are many good causes out there.

This is one of them!

Because this is how they see you, mom and dad. 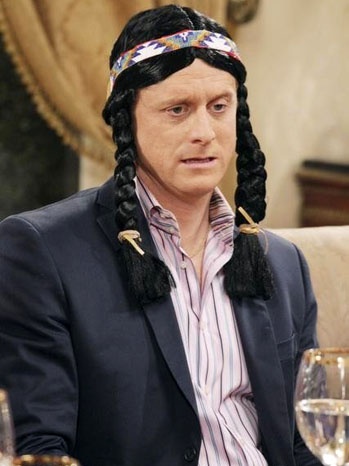 Next Blog: A Different Kind of People..