Sound Effects, Creative Tension and “Adventures in Odyssey”
Part One of Our Phil Lollar Interview on Tavern Talk 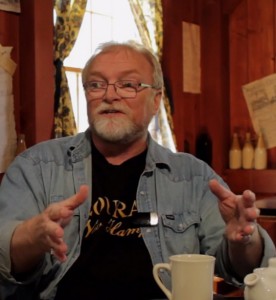 We invited Phil Lollar, the co-creator of the very successful radio drama, “Adventures in Odyssey” to stop by the Hawk’s Head Tavern at Riley’s Farm to talk about his new show “Iliad House.” He graciously accepted. (Can I just say, for all its foibles and on-again-off-again political correctness, how much I love Facebook? It brings people together, if nothing else.)

Phil is a gentleman and a dream guest for us at Colony Bay, because even though he’s had enormous success in commercial radio, he’s a big believer in new media and the digital revolution.  You might be surprised to hear what he has to say about the future of entertainment.  Tune in!