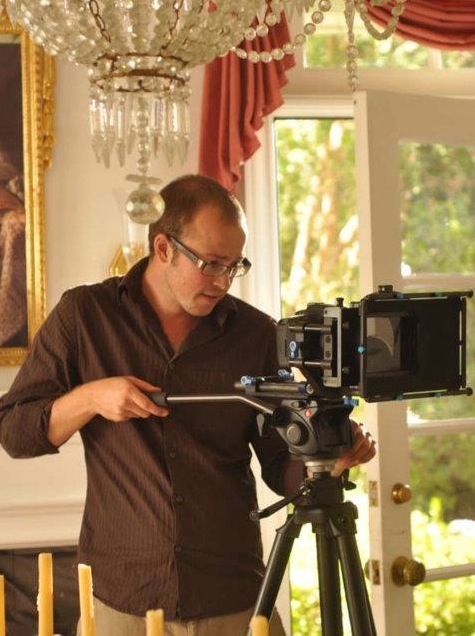 Inspired by some of the cinematic greats, such as Terrance Malick, Brian Taylor, Ron Ficke, and Mark Neveldine, Drew Ganyer is a prolific cinematographer who greatly enjoys observing light. He was formally trained at the Rochester Institute of Technology, where it was easy to spend every spare moment working as a cinematographer on student projects. Besides shooting Courage, New Hampshire, Drew has shot several features, including “The Ruffian.”

When did you know that you wanted to get into cinematography?

I knew that I wanted to get into cinematography when I was working on a reality TV show during the summer, before my senior year of high school. I was working in the sound department, and it was my job to change the batteries in the microphones. The entire time, I was watching what everyone else was doing, and I saw the camera guys. They were driving around the countryside, in the mountains of Colorado, on ATVs.  They would drive somewhere, set up a jib, shoot a couple shots, and move on to the next area. That looked more fun than changing batteries on microphones. When I arrived at film school, we got to try out many different jobs that were available on a film set. I liked the camera and lighting the best, and it just sort of stuck.

How did you get connected with this project?
I got connected with Courage, New Hampshire on Craigslist. I was skeptical at first, but I really enjoy history, so I thought it would be a fun project. Before I was hired, Jim and Jonathan both asked me to come out to the farm and do a lighting test/workshop. This was to see how I worked and how I would get along with everyone at the farm. It was basically my audition for the role as cinematographer. It went well, and I have been on board ever since. (You can check out my lighting audition here!)

What is the most challenging thing about this project and/ or cinematography?

The most challenging thing about Courage, New Hampshire is achieving “realistic” period lighting. When lighting a film, the light should feel motivated and believable. In the 18th century, people lived without electricity. Likewise, without electricity to help motivate light, I am limited. So we use daylight, candles and fire to set realistic and believable lighting. Kathryn Gallagher, the art director, is very helpful placing candles in the appropriate places. My hope is that all of the light feels natural, even if sometimes we have to take cinematic license for dramatic effect. 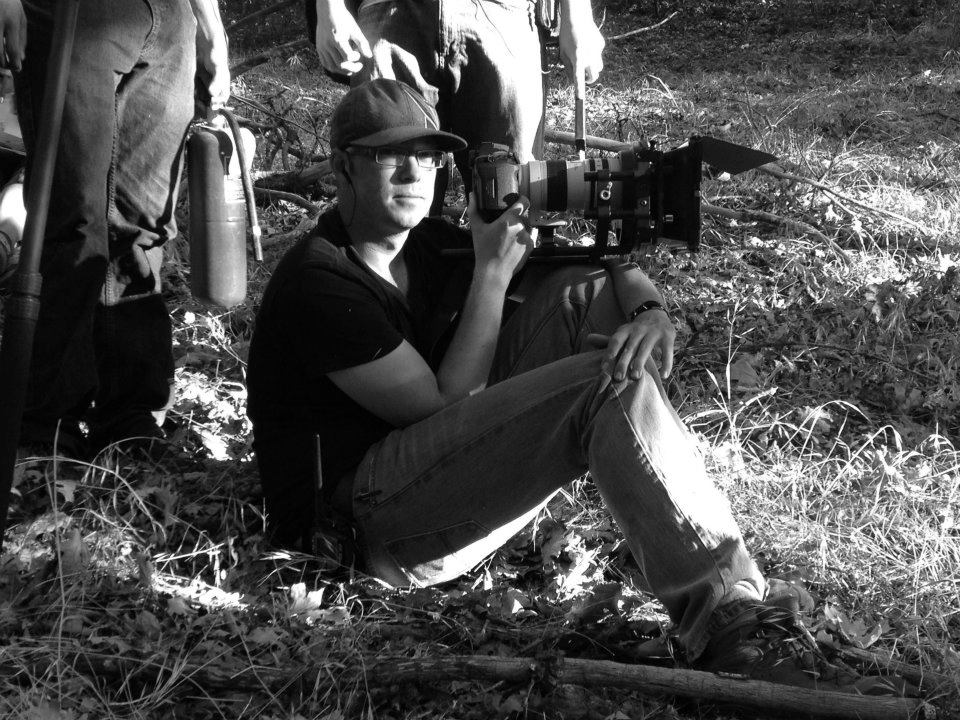 If you had a dream film/ project work on, what would that be?
My dream project would be to work on an epic science fiction war piece or an action film with a protagonist- vigilante- gunslinger that drives a muscle car. Recently, I went to a panel on filmmaking and one of the speakers said, “We are in the business of cool.” That really stuck with me.

How has working on Courage, New Hampshire helped you grow?
Courage has definitely helped me grow both as a cinematographer and as a person.  Every time that I shoot, I learn new things.  Although, shooting this show has been particularly helpful, because we shoot a lot of scenes in same locations, repeatedly.  The break between shooting each episode gives me time to go through the previous episode, shot by shot. I think about what worked and what could be improved upon. I have a number of experienced and established friends in the industry. I take each episode to them and ask, “How can I do this better?” Also, with each episode, our crew and equipment resources have grown. Lastly, I have found that working with the same people has helped develop our friendships and shorthand. I have a learned what everyone involved expects of me and vice versa.  As I have been working on the set of Courage for about a year and a half now, I have learned how to deal with conflicts as they come. I have learned a lot about commitment, collaboration, and hard work.

What is the best part of working on this project?
The best part about working on Courage is the fact that you are made to feel like family, literally and figuratively. Courage is the “brainchild” of Jim Riley, and we shoot at his family’s farm. Likewise, most of the crew is made up of his literal family and the family of the 1st AD and the hair stylist, Mike and Lori Lewis. Both families come together, to create this film. In the process, they bring everyone else involved into their families, figuratively. On a personal level, I have made more lasting friendships from working on Courage than any other project that I have worked on before. For example, I discovered that one of the actresses, Lorraine Pope, (Molly Pine) is my neighbor. We have become great friends, and I have worked with several people that I met on Courage on other outside projects. Regardless of the duration of the show itself, the friendships that I have made, while on set, will last a lifetime.

To see more of what Drew can do behind a camera, for Courage, New Hampshire, be sure to Join the Colony and RSVP to the Premiere of Episode 4, Sept. 17, 2012! (Click on invitation below!) 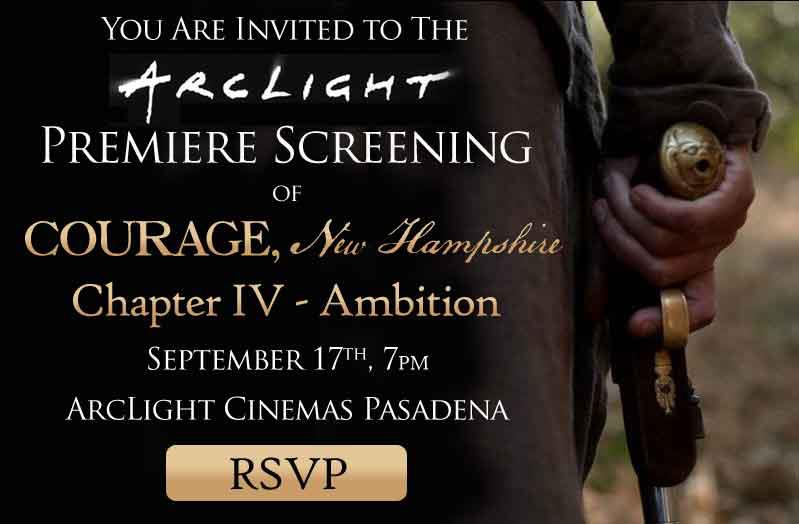