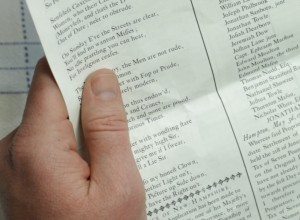 Stories are about characters in conflict, not what Nabokov (I think) called “topical trash.” You can’t just track down an incident from history, or a trend, or a famous person and lock them all in a jar and claim your “narrative bottle” now has weight. That will earn you a sympathy nod, but it usually injures the tale. Take a great movie like “Mr. Holland’s Opus.” There was a marvelously drawn character, having a real life struggle, and then mid-way through our hero’s travail, the death of John Lennon is introduced in a way that took us away from the very interesting story of Mr. Holland himself. It’s not that a real person can’t have real life attachment to celebrities, but for the story itself it’s a no-win situation. If the celebrity is a light-weight, it makes our hero look cheap, and even if our celebrity is a three time Nobel prize winner, it makes the author look as though he’s borrowing the weight of a “great man” to fortify his character. It’s not a rule that can’t be broken, but the connection to the famous has to be so unusual it keeps our attention where it should be — on our characters themselves. Abraham Lincoln should be more interested in our character, in other words, than our character is interested in Lincoln.

That’s the primary reason why I chose not to make Courage the story of the founding fathers, or the great luminaries of the 18th century for that matter.   In the first place, it isn’t fair.   When we’re trying to paint an intimate, sit-by-the-fire picture of someone’s life, which inevitably include some of their vices, as well as their virtues, it isn’t really fair to paint that detailed a picture of facts that can never be verified, this side of eternity.   As much as I loved HBO’s “John Adams,” did we really need to follow John and Abigail into their Parisian boudoir?    Was it necessary to depict the affection-starved 2nd President of the United States as a grasping, wife-jostling, love-klutz?   Complete with his breeches down around his ankles?

Having said all of that, our aim is still to root these characters in and around real events.