A summary of major stories from the New Hampshire Gazette 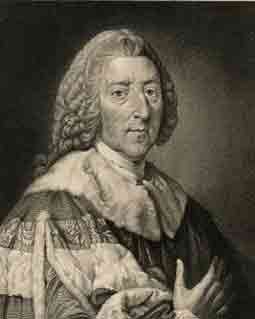 London: A reprint of his majesty’s speech to both houses of parliament dated November 13, 1770.   While hoping to avoid war, the action of the governor of “Buenos Ayres” (sic) in seizing English possessions in the Falkland Islands required the King to petition the Spanish Crown for redress.  While awaiting an answer, the King prepares for war and seeks the advice of parliament.   As to the North American colonies, the king observes that most of them are inclined to renew commerce but “very unwarrantable practices” are still carried on among “combinations” in the Massachusetts Bay Colony.  The King advises more revenue will be needed for the upcoming year.

London:  more war news, various reports of French gun ships being prepared for battle; English naval officers out of service are being asked to report of their whereabouts should they be called up; a rumor of the French King lamenting to the Duke De Choseul, “Let me have no war!”    The Russian victory at sea over the Turkish empire, has meant many bankruptcies for French merchants in that the Russians will not allow any ships to pass into Turkish ports.

London: The Westminster remonstrance to the King (see last) was signed only by John Wilkes and as it was presented to His Majesty it was done without “ceremonial decency” and no “genuflection.”    One observer said he had never seen a remonstrance delivered to His majesty with so little decency in 45 years.

London: A reprint of the Lords Spiritual and Temporal letter to his majesty, congratulating the Queen on the safe birth of a princess, the king’s sober attendance to the peace of the kingdom, happiness at the reduction of tensions in the North American colonies.  The House of Commons extends similar sentiments.

London:  Nov 5, A bill is introduced for the taking away of the Charter of the Massachusetts Bay Colony;  funeral sermons to be preached upon the occasion of the death of George Whitefield to be preached at all the Methodist meeting houses. An anecdote regarding Whitefield: “..In the early part of his life, this gentleman was preaching in the open fields, when a drummer happened to be present, who was determined to interrupt his pious business, and rudely beat his drum in a violent manner, in order to drown the preachers voice, Mr. Whitefield spoke very loud but was not so powerful as the instrument:  He therefore called out to the drummer in these words: — “Friend, you and I serve the two greatest Masters exsisting, but in different callings; you may beat up for volunteers for King George;  I for the Lord Jesus Christ.  In God’s name then don’t let us interrupt each other; the world is wide enough for us both, and we may get recruits in abundance.”  This speech had such an effect, that the drummer went away in great good humour, and left the preacher in full possession of the field.”

Russia:  Peter III, heir to the Russian crown, upon not being properly heralded by four English captains who were passing by in a coach, cried out  in English to them, “Wilkes and Liberty, Huzza!”

Boston: English merchants appear unwilling to ship goods, in fear of war, and inability to insure cargoes.   Sentiment seems to be that all troubles between England her colonies will cease and trade will eventually resume.  Lord Chatham to propose a plan for accommodating all domestic differences.

Portsmouth: Existing laws for the regulation of swine not being effectual, and there being many running about and causing damage, no swine shall be allowed to run free in Portsmouth and upon violation the owner is to receive a six shilling fine for each offense, each swine.   Any justice of the peace is allowed to administer the fine, which, if not paid, may result in forfeiture of the livestock.  In no case, may any swine go about unringed and unyoked.  All hogreavers and justices of the peace are admonished to keep the law strictly.  The dimension of a swine yoke are also defined in the act.