Mortified in light of the recent Dartmouth “Fiesta” fiasco, we offer our
apologies for words we may have used without even thinking…

First off, an apology. 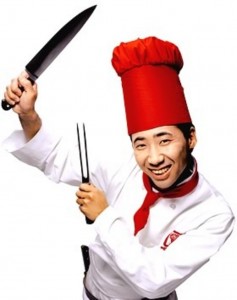 For too long now, I have apparently failed to thank the people of New Hampshire for allowing me to use the term “New Hampshire.” They have also graciously permitted me to use words like “Keene” and “Portsmouth,” and with the exception of one very shrill reenactor lady who traipses around her ranch house in Marie Antoinette finery, there has been nothing but pure tolerance and praise for my New Hampshire based television production “Courage, New Hampshire,” even though I hail from California.

I also want to thank those members of our country’s special forces for allowing me to use the word “Courage,” even though they certainly have a much stronger claim to the term.

This apology is apparently long overdue, since Daniela Hernandez, a Dartmouth Junior has staked an ethnic claim on the word “Fiesta,” and she was able to single-handedly shut down a cardiac care fundraiser at the university.  It seems an unthinking band of majority culture types, (you know the ones) in an uncaring attempt to benefit heart patients, failed to ask Daniela if sombreros, piña coladas, and the term “fiesta” could be borrowed for a few hours. According to Daniela, “there are various problematic structures and ideologies regarding a Cinco de Mayo-inspired event.”

Just stop. If that carping little thought even crossed your mind you have just committed a micro-aggression.

I’m doing a weekly radio gig these days on Manchester 90.7 FM WLMW with Rich Girard, and my assignment is to talk local 18th century history. I thought I would try to dig up a period version of this sort of word wonkery, but I can’t quite find anyone in history this obsessed with the “problematic structures.” By claiming “Fiesta” only for “Mexican born” people of color, Daniela is absolutely on virgin ground. Ah, the lonely price of genius in the fight against Cinco de Mayo ideologies. Or structures. Or sororities that didn’t pledge Daniela, or whatever…

Of course, in the broader sense, she isn’t the first person to put her culture in a vault and charge admission for the peep show. A decade ago, our family got involved in the local Irish dance culture and — boy howdy — it didn’t matter how handy you were with a sewing machine, you HAD to buy your Irish dance gear through the guild, pay the $500, and wonder why the package arrived from somewhere in Scotland. I once made the mistake of wondering out loud, whether we should write an Abenaki Indian episode for Courage, and I was told, in no uncertain terms, the only actors who could even be considered must be affiliated with the tribe. At the time, I was corresponding with someone who looked to be easily over 350 lbs, so I was having trouble divining how that might look, purely from an art direction standpoint.

My own family enjoys a Benihana ritual for birthdays. I tell you it’s just mesmerizing — watching that rice and butter and chicken sizzle on the grill in front of me, allowing the hot Saki to work its mellow magic, and if I look up to see a Japanese cook named Carlos, I thank the Lord Almighty.

This is America — the best of everything, a place that celebrates the sweetest gifts the world has to offer.

So grow up, Daniela.  I’m throwing a fiesta with mariachis and I’m not asking for your permission.

Next Blog: If I Could But Atone..